Shamu Fenyvesa Sadeh is the co-founder and director of Adamah, a 10-acre educational farm in Falls Village, Connecticut, dedicated to sustainable practices. There he teaches Judaism and ecology, turns the compost piles, maintains the orchards, and supervises and mentors staff and Adamah Fellows. He has been a farmer, professor of environmental studies, writer and wilderness guide.

“My very clear purpose was to give people a sense of connection, of relationship with non-human life — with plants, with water, with sky, a sense of understanding of how ecology functioned, and what their connection was to it.” 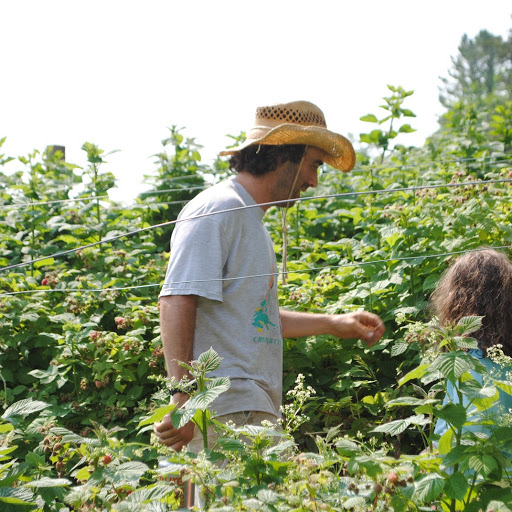 Is there a point of origin from which your sense of Earth as sacred arose?

As a child I grew up with gardening and composting with my father. That and I would say Thursday evening trash walks with my dad. In the late Seventies, early Eighties, in Washington, D.C., people would put out their garbage and all kinds of things on the curb. I’d walk along with my dad and he’d collect things he found useful.

As a child I obviously would not have described that as sacred. It wasn’t connected to me at that time with any religious institutions or spiritual practices. And yet it helped to shape my sense of the world, and how the world works, and how I fit into it. How the stuff of the world — soil, vegetables, pieces of wood, bicycle parts — how they moved through the world. What purpose could you make of things. Looking back on it, I can see the kind of respect, the care, the attention that my parents gave to the things — a piece of wood, a bicycle wheel — that they would pull out of the garbage, and the tomatoes, raspberries, artichokes, Swiss chard that they grew, as well as the things that came off the table and went into the compost.

That’s a flag. It’s a holiness flag, to the significance of being connected to what we do in the world, how we feed ourselves, and to the processes of the world.

And then, much later, as a 20-some-year-old environmental educator in the old growth rain forests of the Olympic Peninsula, where I was teaching. My very clear purpose was to give people a sense of connection, of relationship with non-human life — with plants, with water, with sky, a sense of understanding of how ecology functioned, and what their connection was to it. Somewhere in that process I got to the point where I felt that the language I had, the tools that I had, were inadequate to describe the power of the experiences I had in those places. That’s where I found myself increasingly looking into religion, spirituality, sacred, ritual — those kind of things — to find a reverence that met the level of experience I was feeling in those places. The awe, the wonder, the sense of peace.

At the same time my dad had just finished a book of family history, and he sent me early copies of that. His grandparents were all farmers — farmers, composters and followers of rabbis who were nature mystics.

It was just kind of putting all that together. 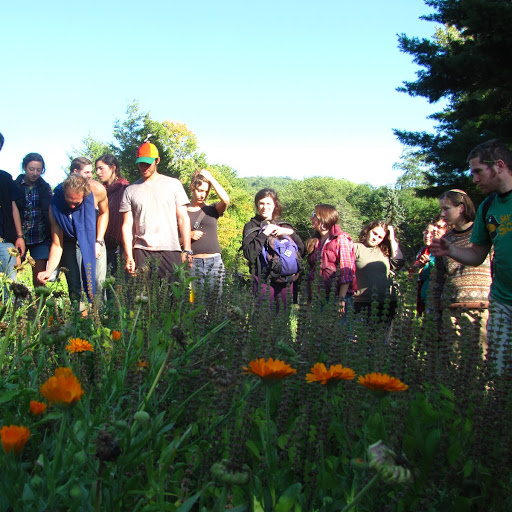 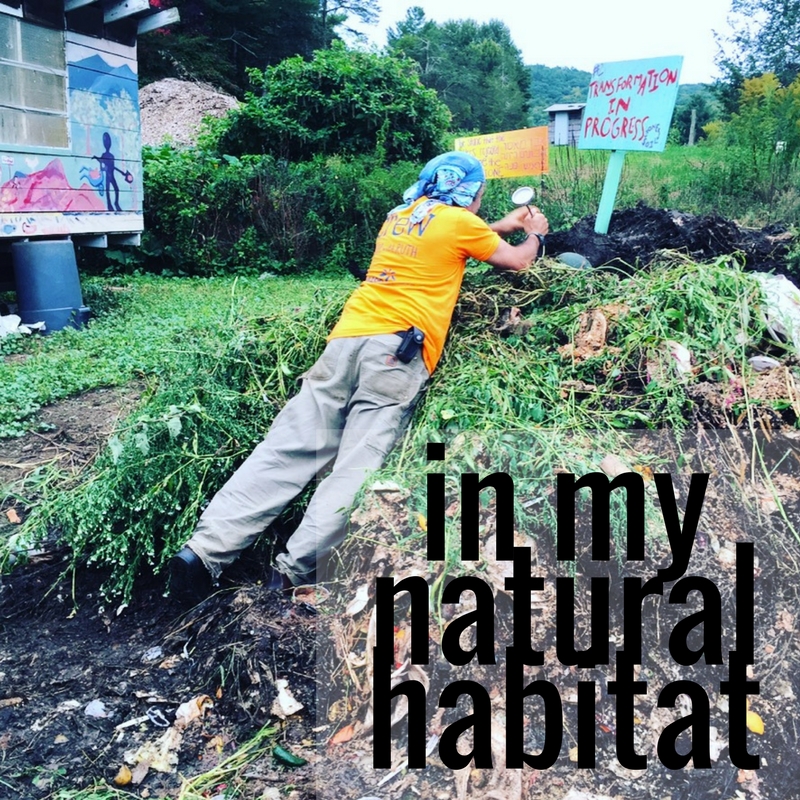 How does your work recognize or renew or respond to the sacred in nature?

Practicing gratitude. That’s one of the things we really exercise here, whether it’s literal blessings of the food, or whether it’s morning services around a campfire where we ask everyone, “What are you feeling grateful for?”

Another way is by using prayer and meditation to slow and occasionally get a break. And ritual — all the things that help us to pause and shift the way we’re thinking out of this narrow, human, individual way of thinking, and allow us to understand ourselves as part of something much bigger.

Why do you see what you just described as being important for the world today?

One way to understand it is as a response to all the crises that we have — whether that’s the mental health crises that are happening within individuals, or our struggles to get along well together. Understanding that we are not just individuals in our heads but are part of something larger. How we can align our lives so we can live on the planet healthier together. All of that stuff is tremendously important. I don’t often feel a need to justify it because I can see it. It’s important to people here. People around the fire most of the time want to say what they’re feeling grateful for, and I see that it helps them connect with themselves, connect with each other in community, and to see the world in a new way. It’s good for them. It helps them find purpose in their lives. I would say that the world — God, divinity, as we understand that and name that — calls to us. 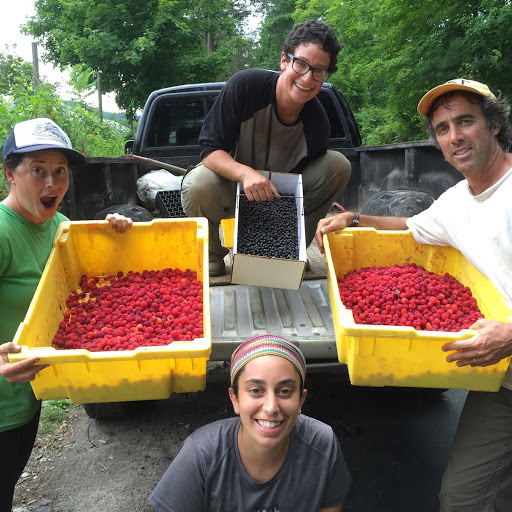 What are your hopes for people around that campfire when they leave it?