Kailea Frederick is a mother and First Nations woman who grew up off the grid in Maui, Hawai`i, an experience that imprinted the importance of reciprocity through indigenous world-view. Kailea is founder of Earth Is `Ohana, an immersive and adaptable environmental educational framework that explores the question, “How do we practice returning home to our landscapes in order to regenerate our relationship with the earth?”

“At the core, I am dedicated to waking up the idea of the sacred being present in all living matter.”

How would you describe your relationship with the natural world?

My relationship with the natural world is a consistently evolving and guiding force in my life. It used to be that I relied on “epic” wild beauty that surrounded my childhood home and other homes that I’ve held throughout my young adult years. I was used to ocean views, jutting snow-capped mountains and houses that were built around letting the outside in. Connection to the earth for most of my life has been seamless. I wasn’t aware until recently that I was so used to my internal well-being filled every day by majestic beauty.

For the last two and a half years, I’ve lived in Northern California in an expansive neighborhood with a small fenced-in yard that sits right up against three other fenced-in yards. I have been learning over these last few years how to relate to the natural world through becoming intimately aware of the ongoings that take place within and above my yard and alongside the sidewalks that lead from my own front doorstep.

My relationship with the natural world today is one of learning about the micro-nuanced shifts that take place in neighbors’ front yards and seeing how other-than-human beings are able to adapt and make homes in the cracks of concrete and atop electric wires that make up a human populated space. I am loving the opportunity to fall in love with subtlety and to pay respect and homage to what I used to think of as the ordinary.

I can’t help but think of a recent class that I was part of where we were each asked to name a plant that has informed us. Most people named a slightly obscure plant, perhaps one they had built a relationship with purposefully. Only one person gave perhaps the most honest answer in naming Rosemary as their plant. “I grew up directly in Bay Area,” he shared. “It was the first plant that I noticed that was everywhere as a kid,” immediately reminding me that yes, Rosemary, one of our most common plants, exists in most yards and alongside highways and within traffic medians.

My relationship with the natural world is one based upon respect for what is, rather than what is not, remembering that a prolific and often overlooked plant like Rosemary is also deeply medicinal.

Is there a particular place or experience that opened this understanding?

So much of this understanding is only a few years old since living here in Petaluma. This is my first time as an adult living completely on-the-grid and my first time living in a neighborhood, a cul-de-sac nonetheless. In all honesty, the first year and a half were depressive for me. I felt how easy it was to be disconnected in this type of environment. I thought frequently about how most of the world lives in close proximity to many other people and it was easy to understand why we are in the predicament we are in when it is so easy to feel distanced from our neighbors, the earth and ultimately ourselves. It has been a huge reorientation and learning that has humbled me in every sense of that word.

Now, I am rounding a bend where I am beginning to feel a sense of gratitude for the fight I have had to put in to find my ground here through small daily practices of noticing. A lot of my personal study at the moment is orientated around the native plants to this region as well as knowing the plants that make up my daily walk through my neighborhood. As this is my third year living through seasonal change I feel I finally have a little bit of data to compare my noticing to over a small chunk of time. It has been gratifying to have to work for connection. 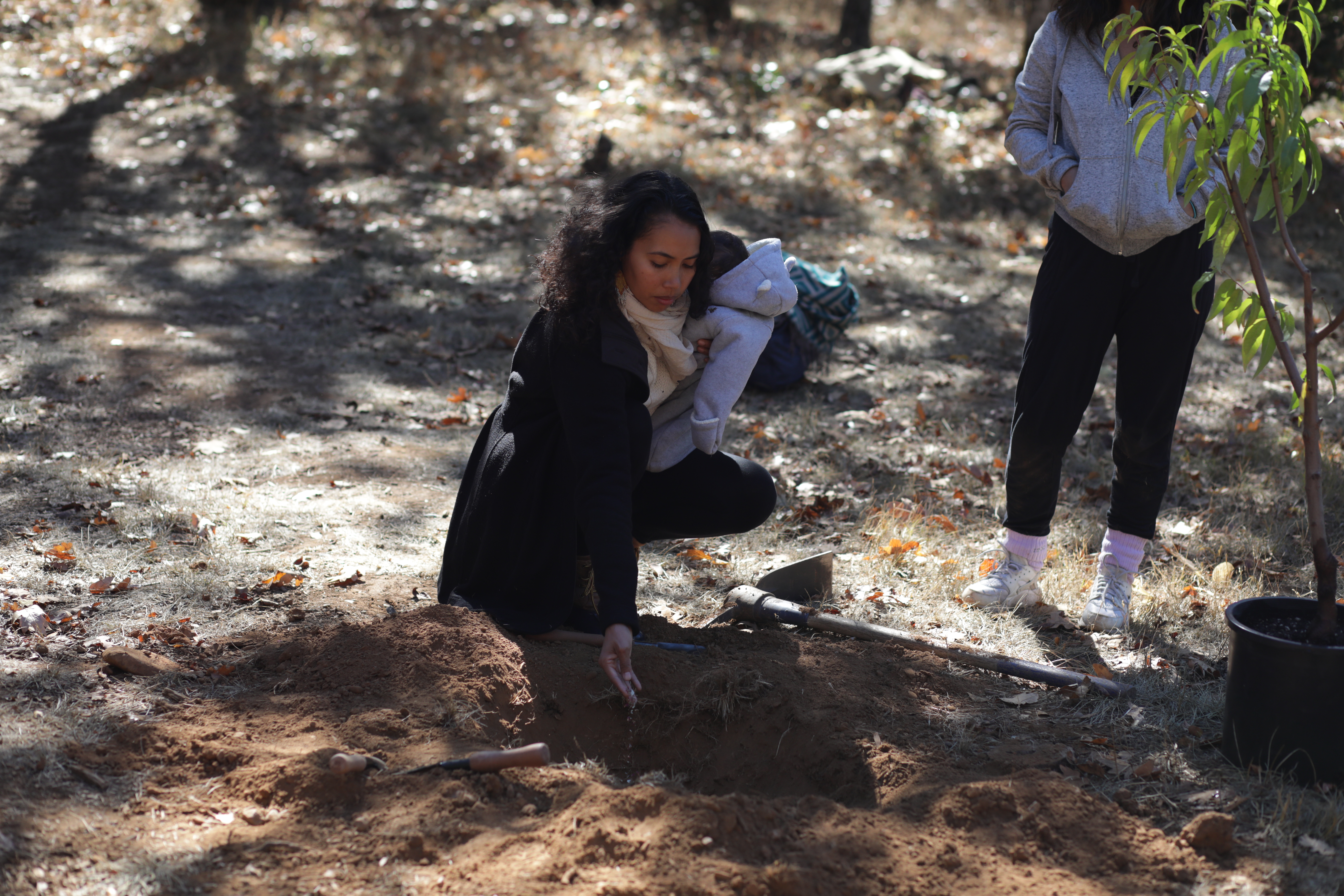 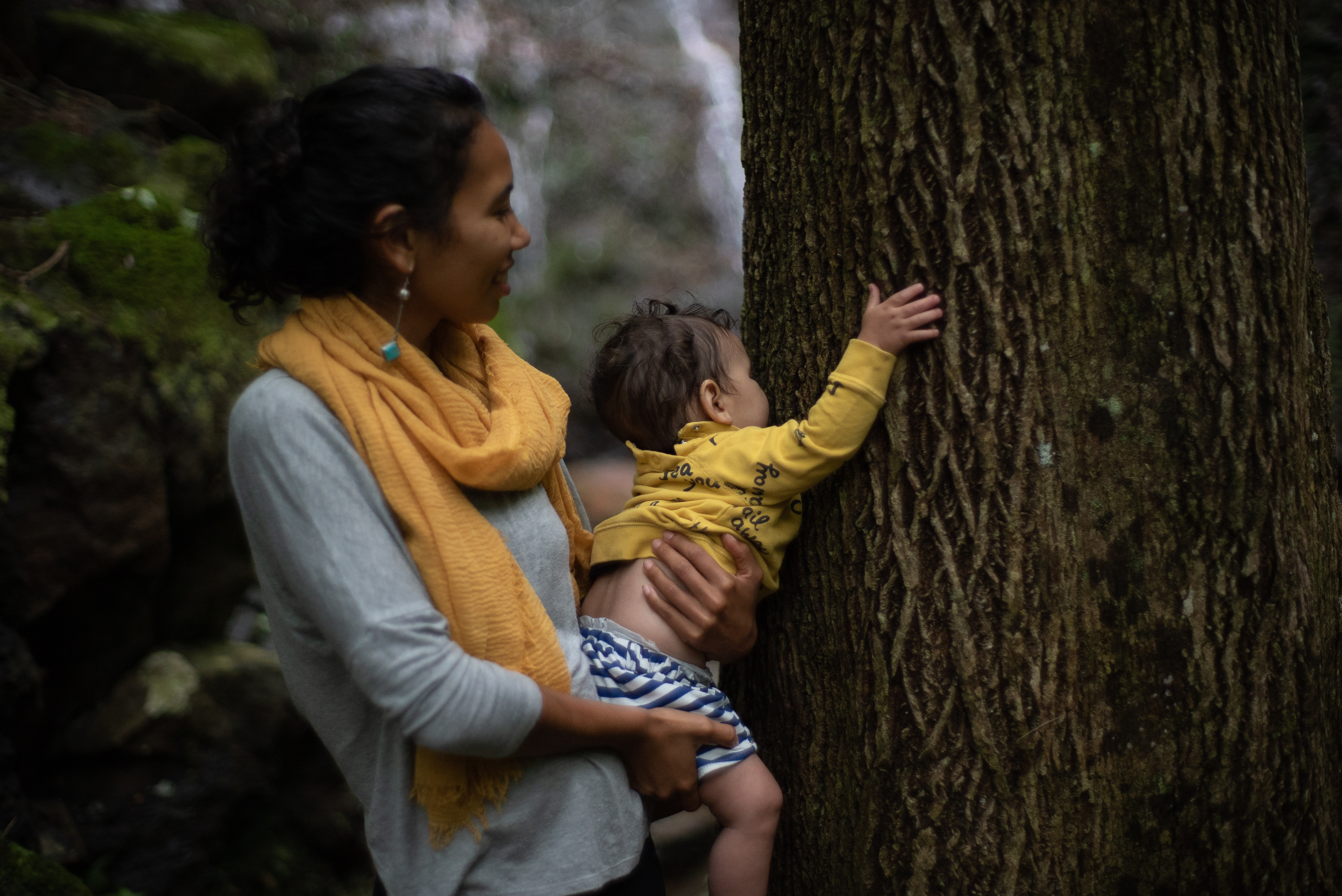 How does your work recognize, renew, or respond to the sacred in nature?

Through the classes I teach I am always asking students to reflect on their relationship to themselves, their community members and to the natural spaces that surround their home. At the core, I am dedicated to waking up the idea of the sacred being present in all living matter. By creating moments of pause around these inquiries and through introducing students to values-based living, my hope is that each person I come into contact with will re-think what it means to live in “relationship with” and therefore what it means to cherish and protect the sacred in their own homes.

Why is this sacred relationship important for the world today?

Growing up on Maui I am used to people moving to or visiting the Hawaiian islands with the perspective that where they came from is not special or interesting. This has always been an interesting and slightly sad notion to be on the receiving end of. In this idea that their home has nothing unique to offer it is easy to dismiss that land and/or community as “not special or sacred.” My theory of change is rooted in the idea that within each community there is something sacred, something worth standing up and fighting for. If we are to accurately respond to the ongoing crisis of these times every community is going to need people who feel invested in that fight.