Nikki Cooley serves as the co-manager for the Tribal Climate Change Program at the Institute for Tribal Environmental Professionals, where she helps tribes across the nation learn about and plan for adaptation to climate change. Nikki is of the Diné (Navajo) Nation by way of Shonto and Blue Gap, Arizona. She received her Bachelor’s and Master’s of Forestry, with an emphasis in ecological restoration and traditional ecological knowledge, from Northern Arizona University. She also works as a river guide and cultural interpreter on the Colorado River-Grand Canyon and San Juan River.

“The thought of the soil between my hands, and planting those seeds and just being really excited about what it’s going to grow into, and what it will provide for me and my family — nourishment. But it also just brings joy.” 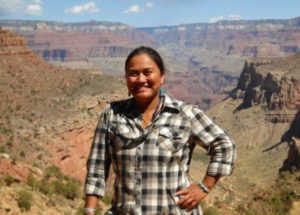 Think of a place in nature that has particular meaning to you. Imagine you are there. Describe what you see and think and feel when you’re in that place.

I often think of my parents’ and my grandparents’ cornfield. I’m from the Navajo nation of northern Arizona, near the Monument Valley, the Lake Powell area. I grew up with my grandparents and I would walk the cornfield with them — it was huge, probably over a mile long. Rows and rows of corn that were at least six feet tall. Early in the morning we would often go out before it got too warm and gather the corn pollen. We used the corn pollen for our prayers. It’s an offering. We would go early in the morning or around noontime or even dusk and pray, say a few words of thanks to Mother Nature, Father Sky, to the plants — just in being grateful to be alive, healthy and to have all that wealth around you. Then we take a little pinch of corn pollen and we offer it in all four directions. But the east direction is probably the most important one. In the morning, as the sun is rising, we greet the sun, the new day, and we say the holy people are awake. The corn pollen is their food.

I also think of my house here in Flagstaff. I have a garden. I just love to be out here, because there’s magic happening. The natural world is just working on its own with a little bit of help from me. I grow corn, I grow tomatoes, mostly cherry tomatoes, squash, zucchini, cucumbers. We grow chili peppers, we grow bell peppers — things that I know how to grow. The thought of the soil between my hands, and planting those seeds and just being really excited about what it’s going to grow into, and what it will provide for me and my family — nourishment. But also it just brings joy. It really makes me grounded, so to speak.

We have one little plot that is specifically for my daughter, who likes to grow flowers to attract bees, pollinators. I absolutely love that. My kids often are the ones that plant the seeds because they are pure of mind, pure of heart and they don’t have all the stress and negative thoughts around them just yet. We have them plant, and we do that prayer before we plant and after we plant and throughout the growing season. Just corn pollen again — white corn or blue corn. We make an offering to Mother Earth, Father Sky and all the elements to make sure they know that we are being appreciative and we acknowledge them.

I’m just trying to pass that on. My daughter will be nine, and my son just turned five years old. Even when they were a lot smaller, we would have a little plot in the garden specifically so they could dig around and just feel the earth beneath their feet. They got dirty, it was okay. We would always say that they were blessing the garden. It keeps them connected to our Navajo culture but also to the natural environment. They can’t do that through the lens of a TV screen or an iPad screen or whatever. It opens up a whole new world of imagination for them. They’re talking to themselves — I always say they’re talking to the holy people that are around us all the time.

I was raised with that, and I always say I had an amazing childhood. I grew up with no running water or electricity, but I didn’t know what that meant. I grew up with a family that loved me. I heard sheep. I rode horses. We went to ceremonies. I was outside all the time. It was just something that made me feel really good. I want them to feel that always. 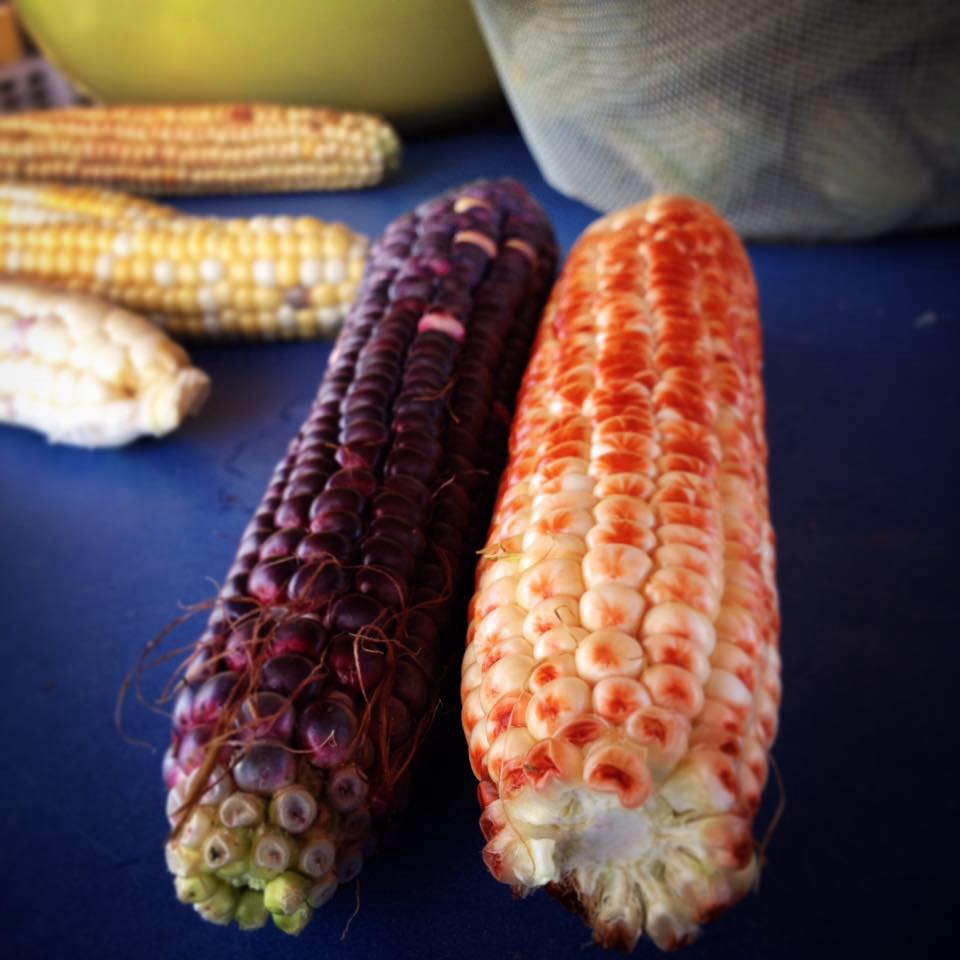 Can you put your relationship with nature into words?

I might say innate. It’s right. It’s a feeling that is so deep in my heart and maybe my gut or my soul. It’s painful sometimes, because I see what is happening to nature, being overexposed, being overdeveloped — the disrespect that I’m seeing. Because I see the beauty and all the gifts that it’s giving to us. It’s so deep. Natural. I always say that I came out of the womb feeling that way.

How does the work that you do express this relationship?

I share my experiences. I share my words, my thoughts, the practices that I was taught and carry on through my daily life with other tribal members from across the country. It seems to resonate with them. They know what I am saying, what I’m feeling — and there are some who don’t, which is okay. Or they want to feel that way. I think I give permission to people I work with that it’s okay to talk about this, it’s okay to feel it, that it’s important to express it in our work through words and actions. A lot of the tribes that we work with are calling it climate resiliency planning — in their own communities, whether it’s environmental or spiritual.

The Institute for Tribal Environmental Professionals has been around for about 27 years. ITEP was created to help tribes build capacity, to empower them to do their own environmental management and monitoring work. It started off as just an air quality monitoring program. But it has grown to include National Tribal Water Council, National Tribal Air Association, solid waste and composting courses. Our climate change program was created in 2009 and it’s just steadily grown since then, because people are — despite our current administration — feeling that it’s okay to talk about it and to keep talking about it.

We do a lot of in-person workshops, training. One of the first things participants often do is propose a resolution that says the tribal community supports addressing climate change. Even if it’s not saying directly that it’s climate change, they can say our waters are drying up, we’re having more forest fires, and this is how we’re going to address it. From there they can write an actual plan to get the funding to implement these actions, these strategies. In tribal communities, if you don’t have the support of council, and some of the most influential people within the community, like tribal elders, language speakers, cultural knowledge holders — it’s hard to move anything forward. 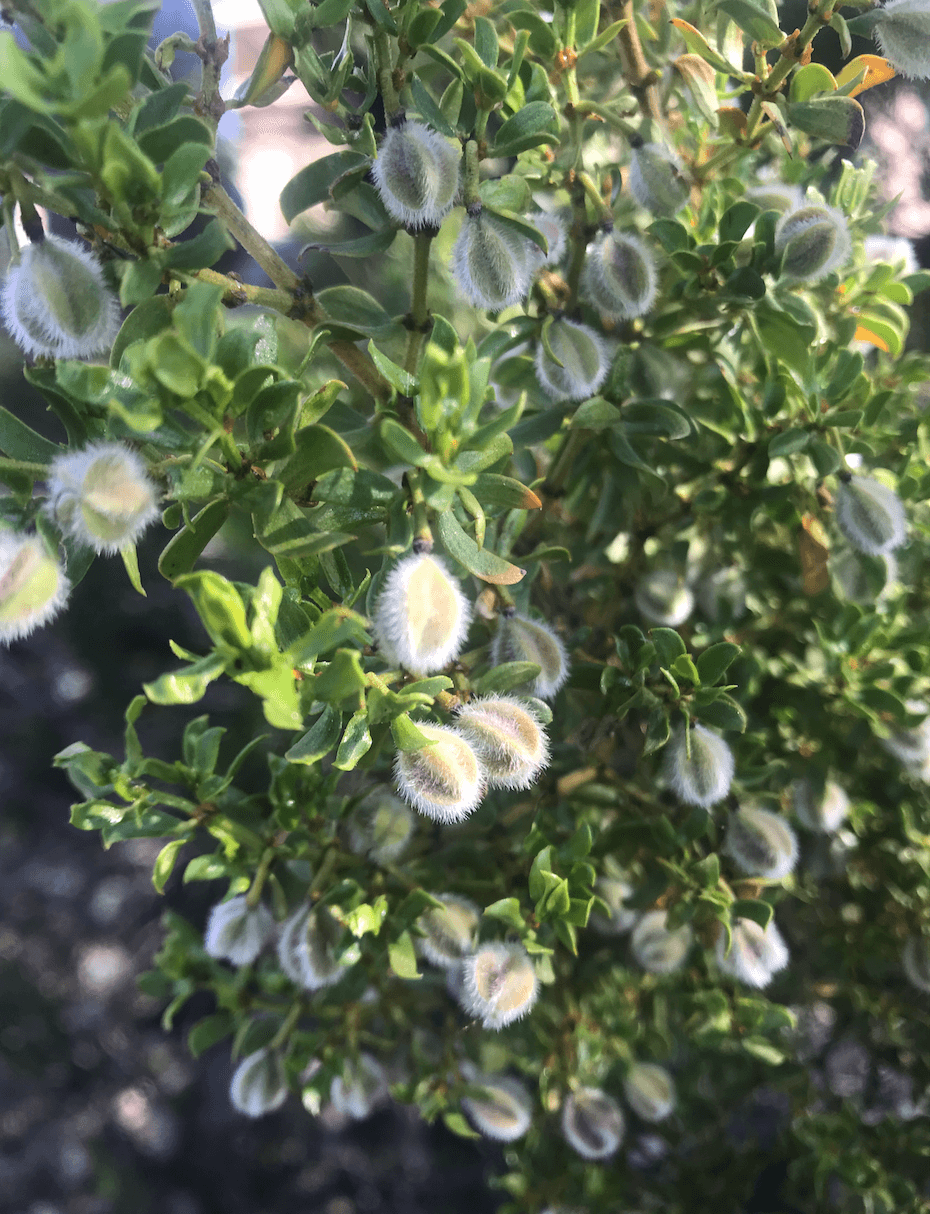 Why do you think this work is important to the world today?

It’s important because it’s for our future, not just our individual selves, but for our children. It sounds so cliche, and it’s something that’s being said everyday. But we want them to enjoy and experience the same natural environment that we do. It’s also, plain and simple, the survival of all species — not just the humans — but all species that live in the water and air and on land, deep in the oceans, everywhere. It’s survival for them. They deserve that right also and that acknowledgment, that they have a say. It’s not about the green dollar that helps buy us the latest iPad. It’s about the survival of all species, and not just the humans.

If you ask people that work with me, if you ask my family, they will all say I’m very optimistic. We need people that are optimistic. My husband is kind of a pessimist, so we balance each other out. We need both of them. But I really don’t think I have a choice but to be optimistic, because often it’s so easy to be negative and to have that bad energy out there. I’m not saying I’m content right now. But there’s so much negativity, even within our United States government, that somebody has to be the happy one, the optimistic person. And that’s me.